My "Me Too" Story 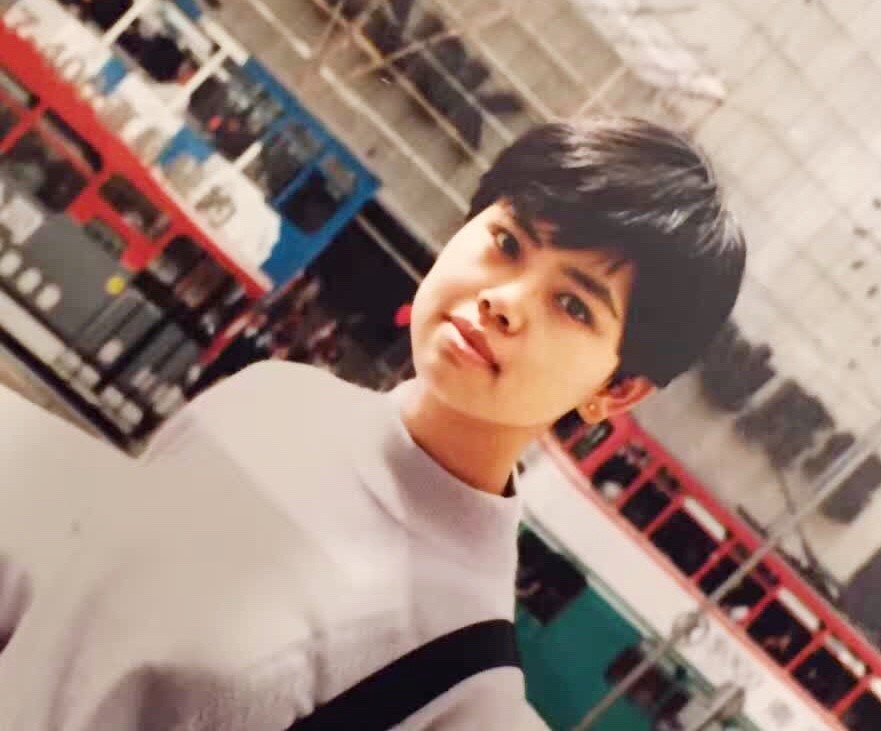 As the Harvey Weinstein story has been in the news for the past month, I am grateful to see more women having the courage to raise awareness of sexual harassment in workplaces and protect more women.  One of my “Me Too” stories happened many years ago when I was about 19 years old in China.

After graduating with an accounting diploma from Shenzhen School of Business and Economics at age 17, I received a great job offer to become an accountant at the Bank of China, Shenzhen Branch.  In this, my first full-time job, I was paid more than my parents, who were high school teachers, had ever been paid. I felt excited to spread my wings to fly far away and I requested a placement to the office in Shekou, a small seaside town about 30 miles from my parents’ home.  I moved into the two-story building the bank provided, where each person had own room and shared the two bathrooms at the end of each floor.  I liked my room at the corner on the second floor as it had a door to an outside large balcony.

On a winter night, a few days before the Chinese New Year, I went to bed as usual after listening to soothing piano music and studying English.  It was a dark and cold night (there were no heaters in the rooms back then). I put an extra blanket on the top of my comforter and closed my eyes.

I woke up suddenly in the middle of the moonless night, feeling a great weight on top of me.  Before I could react, duct tape covered my mouth. I opened my eyes, but couldn’t see him in the darkness, even though he was close. He was sitting right on top of me with the comforter and blanket between him and me.  His right hand was pressing the duct tape on my mouth very hard.  I immediately used my left hand to grab his right wrist and then my right hand to grab his left wrist, feeling his metallic watch band.  He didn’t say a word.  I was so afraid, but my natural instinct told me to get out of there fast!  Holding onto both of his wrists tightly I twisted to my left, trying to shake him off my small bed.

I don’t remember how many seconds or minutes went by, I was using all my strength, and he finally fell to the floor on my left.  I took the opportunity to jump out of the bed and ran to the front door while peeling the tape off my mouth and yelling “Help, Help”.  He didn’t follow me out the front door, instead, he fled through the door to the second floor balcony.  When I made it to the hallway of the building seeking help, I heard the sound of a motorbike, leaving from the building from the back.

When I returned to my room, I realized that he had climbed the lychee tree branches to get on the balcony and then entered my room through the balcony door, which didn’t have a lock on it.  I closed the door and started breathing deeply to calm myself.  When I turned on the light, I saw a rope with a tied knot laying on the floor next to my bed.  It could have been a lot worse if I hadn’t succeeded in defending myself.  I had metal braces on my teeth at the time, and my lips were bleeding inside from the pressure.  I also saw blood dripping from the fingers of my right hand from cuts - must have been the metallic watch band.

Immediately after the attack, I spoke to my office manager who lived in the next building, then I filed a police report.  I didn’t have much of a description about this man, however: wears a watch with a metallic band, carries rope, and rides a motorcycle. For the following a few weeks, I lived in fear and started obsessively mulling over possible suspects:

This predator was never caught.  I could have been the first murder victim in this peaceful town in 30 years.  I didn't have the courage to tell my family when I returned home for Chinese New Year, making excuses for my bruised lips.  I was afraid that my parents would demand that I move back home because living on my own at age 17 was quite unusual back then.  I loved the freedom of living on my own by the seaside while still being able to return home weekly to do laundry and eat my mother’s homemade dishes.

But after the incident, I just didn’t feel the same about this town any more.  I had been taking English classes at night for two years, hoping to find an opportunity to study aboard someday.  When my uncle who was a visiting scholar at the University of Idaho called me to ask me if I wanted to study finance in the U.S., I immediately quit my job, even before having a passport, surprising my boss and friends.  I said to myself “This is my chance to change my life.” I knew very well that I would have to pass the TOEFL (Test of English as Foreign Language) before applying for universities and then attempt to obtain a full-time student visa by standing in long lines at the US Embassy in Guangzhou, but it didn’t matter. This was my chance to get away.

Nine months later, I entered the United States for the first time. Flying from Hong Kong to Seattle on January 11, 1992, I started my adventures in further education in finance and accounting, and later in business and the financial services industries.

As a young immigrant, Asian, and woman, I am a “triple” minority in the financial services industry.  Over the years as I have worked mostly with male bosses and peers, I have encountered the kind of sexism that has probably driven other women away from this field.  For example, while in my first a few years in the financial services industry, I experienced sadness and frustration when I was not respected by my new boss and I was not promoted to manager while a fresh white male colleague with credentials like mine but no experience with the company was hired from outside and leapfrogged right over me to become a manager.  In another position, my salary offer was the same as a male colleague who had fewer years of industry experience and fewer credentials.

I definitely got the survivor mentality instilled in me, based on my early life experience, and over the years I have gained the confidence to demand respect by pointing out inequality in workplaces.

Sexual harassment can be physical or verbal.  There are many different ways to deal with sexual harassment in the workplace and the right approach depends on your particular situation:

According The American Association of University Women (www.aauw.org), at the current rate of change, gender pay gap won’t close until year 2119.  I think, in addition to giving more women opportunities to get college degrees, providing safe and nondiscriminatory work environments for all women, especially in high income fields such as financial services, science and engineering, will help close this gap sooner.

As a wealth manager owning my own company, I want to empower more women to manage money wisely and work together to fight for equity and fairness.  As the mother of a 12-year old daughter who wants to be an architect, I want her to be safe in her workplaces and reach her full potential, while working with mostly male colleagues in another male-dominated field.

While my experiences may be more traumatic than some, nearly every woman has encountered some level of sexual harassment or worse. That’s why I’m glad to see a movement like #MeToo giving women the space in which to share. It’s hard to fight what we can’t see, and every story shines the light a little brighter, so daughters like mine might have the chance to live in a fairer world.