Should You Invest in Bitcoin? 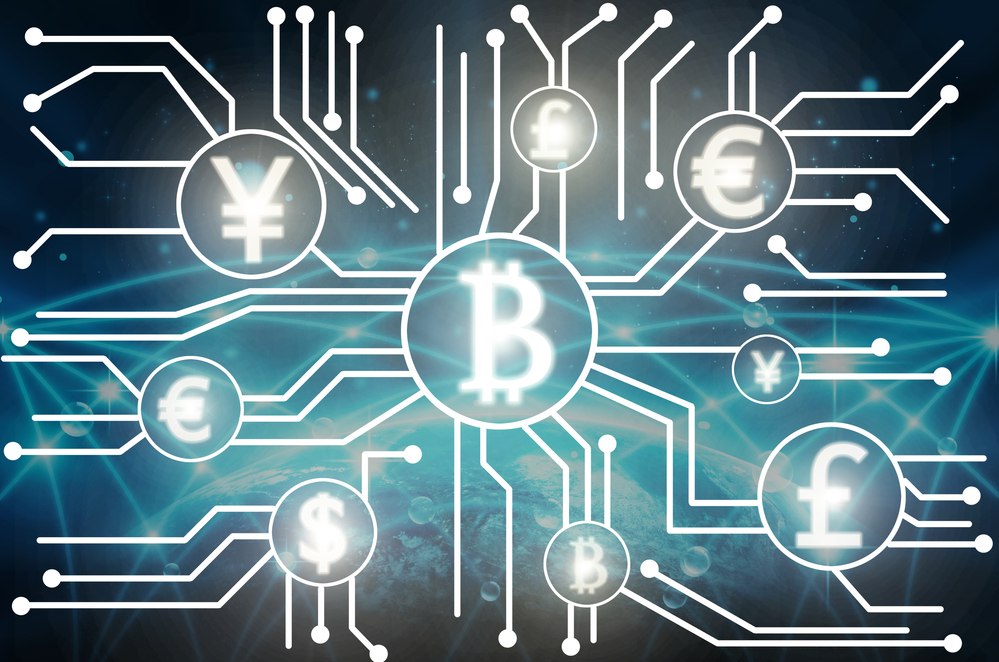 In the past year myriad stories of how some people have become super rich by buying Bitcoin have been circulating on the internet. Even my ballroom dance instructor asked me last December if I had been investing in Bitcoin and when it would be the right time to get in. With all the hype, do you feel you may be missing out if you don’t own bitcoins? Should you invest in Bitcoin?

Before you make a decision to invest in Bitcoin, it is critical to understand what it is and how to evaluate the price of Bitcoin along with its potential risks and returns.

Bitcoin is a type of cryptocurrency, a digital currency: Balances are kept using public and private “keys”, which are long strings of numbers and letters linked through the mathematical encryption algorithm that was used to create them. The public key (comparable to a bank account number) serves as the address which is published to the world and to which others may send bitcoins. The private key (similar to an ATM PIN) is meant to be a guarded secret, and only used to authorize Bitcoin transmissions.

There are many digital currencies, but Bitcoin is one of the first to use peer-to peer technology to facilitate instant payments. The independent individuals and companies who own the governing computing power and participate in the Bitcoin network, also known as “miners”, are motivated by rewards (the release of new bitcoin) and transaction fees paid in bitcoin. The total supply of bitcoins is 21 million. One bitcoin is divisible to eight decimal places (100 millionth of one bitcoin), and this smallest unit is referred as a Satoshi.

Bitcoin blocks are files where data pertaining to the Bitcoin network is permanently recorded. A block records some or all of the most recent Bitcoin transactions that have not yet entered any prior blocks. Therefore a block is like a page of a ledger or record book. Each time a block is completed, it gives way to the next block in the blockchain. A block is a permanent store of records which, once written, cannot be altered or removed. A blockchain is a digitized, decentralized, public ledger of all cryptocurrency transactions. Constantly growing as ‘completed’ blocks (the most recent transactions) are recorded and added to it in chronological order, it allows market participants to keep track of digital currency transactions without central recordkeeping. Each node (a computer connected to the network) gets a copy of the blockchain, which is downloaded automatically.

The blockchain is perhaps the main technological innovation of Bitcoin. Bitcoin is not regulated by a central authority. Instead, its users dictate and validate transactions when one person pays another for goods or services, eliminating the need for a third party to process or store payments.

What is a bitcoin worth?

How do you evaluate Bitcoin for investment purpose?

This is probably the hardest question to answer because it is not a publicly traded stock that you can use fundamental analysis on to project earnings, cash flow, and profit margin to determine its fair market value. In addition, there is no track record. Potential Investors should be aware of the major risks relating to Bitcoin:

1. Regulation. Various countries are still trying to figure out how to regulate digital currency. South Korean leaders are undergoing a long period of evaluation of the perceived threats that digital assets can pose to national economic stability. China banned all initial coin offerings and bitcoin exchanges last September. Recently, China allowed bitcoin exchanges, but uncertainties remain. If regulators in the US, Europe, Asia get together and ban exchanges and other companies that provide services to the crypto-ecosystem, that would threaten the momentum of the spread of cryptocurrencies.

2. Exchanges. Instead of owning bitcoins as a mean to pay for goods and services, many people buy them for trading purpose – hoping to buy low and sell high to make profits. Cryptocurrency exchanges represent the point through which most bitcoins pass as they are bought and sold. Mt. Gox, once the largest Bitcoin exchange in the world, claims to have been hacked in 2014. In the bankruptcy filing from Mt. Gox just months later, it cited the theft of 850,000 bitcoin (worth $6.8 billion today) and cash. In the two years following this cyberattack, bitcoin wound up losing more than 80% of its value. Since the major exchange Mt. Gox crashed in 2014, the investment passing through exchanges has been spread out across some smaller exchanges. Now no single exchange owns more than 10 percent of the market. Coinbase is the most well-known one, with over 13 million accounts and growing. The most recently created high volume exchange is called Binance. A cyber attack, as happened with Mt. Gox, could happen again, causing a significant drop in Bitcoin prices.

3. Credit. CME, the world’s largest futures exchange, launched its own bitcoin futures contract last December under the ticker “BTC”. CBOE also launched bitcoin futures last December, under the ticker “XBT”. The ability for Wall Street firms to take a stake in Bitcoin, without having to dabble in decentralized cryptocurrency exchanges, could introduce new money and reduce volatility.

However, futures trading allows Wall Street to bet against Bitcoin for the first time ever. It also allows all walks of investors to borrow on margin to enter those short positions. If Bitcoin’s value were to swing violently up or down, it could lead to a flood of margin calls that have the potential to destabilize the market for Bitcoin. And because there is no precedent for an asset like Bitcoin, setting the margin limits is nothing more than guesswork at this point.

4. Bitcoin's Blockchain Loses Its Appeal. Blockchain technology keeps evolving and there are other cryptocurrencies such as Ethereum, Ripple, and Bitcoin Cash competing against Bitcoin. What if Bitcoin's blockchain fails as a go-to option for businesses? Right now, more than 150 organizations are currently testing a version of Ethereum's blockchain, which supports smart contracts. These are protocols that help facilitate, verify, and enforce the negotiation of a contract, and they provide a marked distinction from bitcoin's blockchain. If bitcoin's blockchain fails to differentiate itself and attract enterprises, Bitcoin's price could suffer.

It is a daunting task for an investor to pick the one right cryptocurrency out of a thousand. Even if you have chosen the one that has staying power, you still need to be ready for extreme volatility which could mean losing 30% in one day. You must not invest in Bitcoin if you cannot afford losing your investment.

There’s still huge potential in the blockchain technology. Bitcoin may be a bubble right now but it might not be long before massive acceptance and usage justifies the price.

Are there Bitcoin alternatives that you can invest in with lower risks?

I think the focus here is blockchain technology that makes doing businesses more efficiently than ever. There are companies that may benefit from the Bitcoin craze in some ways but also have other things going for them. For example, stock exchanges, CME and CBOE may benefit from better trading technology with lower labor costs.

When the internet was gaining popularity in mid-1990s, many internet companies stocks with .com in their names were sold at high prices with little or no earnings. The stock markets had corrections eventually to weed out the bad ones.  The internet was an evolutionary technology and the companies such as Amazon, Apple, eBay, Paypal, and Google that adapted well to utilize it to conduct business have become major players on the internet.

In summary, there are significant risks relating to investing in Bitcoin right now. Based on the various risks discussed in this blog, I would not include Bitcoin as part of a diversified portfolio. For someone who has the urge to dabble in Bitcoin hoping it will triple in price in one year, my advice is to limit to no more than 2% of your entire portfolio so you can afford losing it. It's similar to a lottery ticket, if you have the right one, a small bet may give you gigantic return.